The University of South Florida’s Sarasota-Manatee campus continued its move through a period of transformative growth in 2022. The region’s only four-year research institution won initial state funding for planning and design of a Nursing/STEM building, and in early 2023 the campus will break ground on its first housing/student center complex. USF also celebrated major donor gifts that will allow the campus to expand its programs to better address the needs of the insurance industry workforce and send USF Sarasota-Manatee students to mentor sixth-graders to help improve their literacy. 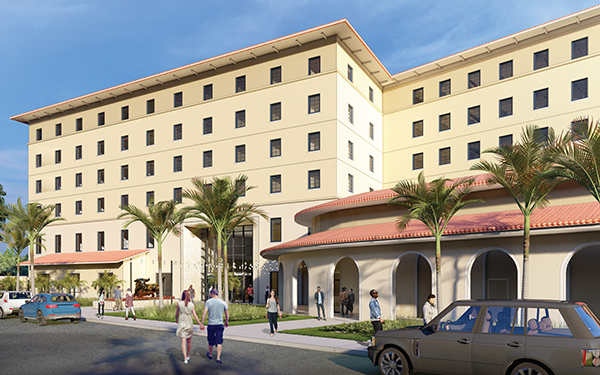 The University of South Florida Board of Trustees and the State University System Board of Governors approved construction of a $39 million, six-story housing/student center along Seagate Drive just west of the Crosley Campus Center, the first major addition to the campus since it opened in 2006. The groundbreaking will take place in early 2023, and, when the new 100,000-square-foot complex opens in the fall of 2024, as many as 200 students will be able to live on the USF Sarasota-Manatee campus for the first time. Also, early planning and design work are underway for a Nursing/STEM building that promises to double the size of the Sarasota-Manatee campus’s nursing program; increase new majors in the health disciplines and other programs; and fill the need on campus for teaching and clinical labs and research facilities. The building is planned for just west of Crosley Campus Center, across the courtyard from the housing/student center complex. Brunch on the Bay on Nov. 6 raised at least $537,000 for the new Nursing/STEM building, as well as student scholarships.

Baldwin Risk Partners, a Tampa-based insurance distribution firm, donated $5.26 million for the expansion of the School of Risk Management and Insurance program, the largest gift ever received on the Sarasota-Manatee campus. The school has also been renamed the Baldwin Risk Partners School of Risk Management and Insurance and is poised to transform the program into an academic powerhouse and address employee shortage within the state’s vital insurance industry, which is hungry for talent. The insurance industry’s talent gap is fueled by an aging workforce and the lack of higher education programs specializing in the field.  Aside from USF, only one other public Florida university offers a full major in the discipline. In addition, there are only 10 large risk management and insurance programs nationwide, with each graduating about 50 people each year. 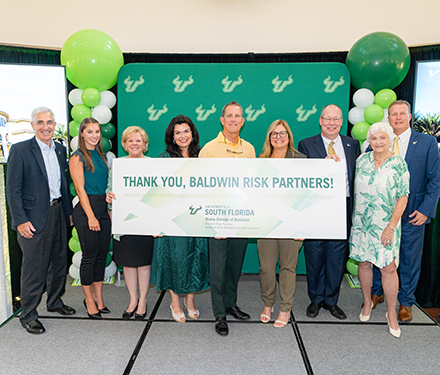 Several leadership changes were made among faculty and staff at the USF Sarasota-Manatee campus during 2022: 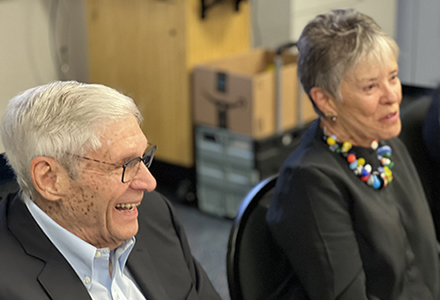 Ensuring young students can read, so they are free to accomplish their dreams, is a goal of a literacy program based at the University of South Florida’s Sarasota-Manatee campus that matches USF students with middle schoolers in need of support to boost their reading skills — and to set a course for brighter futures. The USF cohort is tutoring and mentoring students at Sarasota’s most economically disadvantaged middle school as part of the initiative, which is funded by a $500,000 gift from noted Sarasota philanthropists Joe and Mary Kay Henson. The Booker Middle School Literacy Initiative is led by Sarasota-Manatee education professors Cheryl Ellerbrock and Lindsay Persohn, along with faculty members at the middle school.

Also, research on the effects of the COVID-19 pandemic on the hospitality and tourism industry, and heightened awareness of racial tensions and disparities in the United States during the past two years, was featured in the fourth edition of “Research: USF Sarasota-Manatee Campus.”

The Sarasota-Manatee campus hosted “Ukraine: What’s Next?” — a multi-disciplinary examination of the war in Ukraine with a five-part lecture series on the military, geopolitical, economic and other ramifications of the conflict. The series, which started barely seven weeks after Russia invaded Ukraine, featured presentations from more than 30 military and intelligence community officials, cybersecurity experts, diplomats, economists, humanitarian experts and others who examined the war from their diverse perspectives, before a live audience on campus and others watching online. A follow-up lecture series, “Ukraine – One Year Later: A Four-Part Series,” is planned for the Spring 2023 semester on the USF Sarasota-Manatee campus. 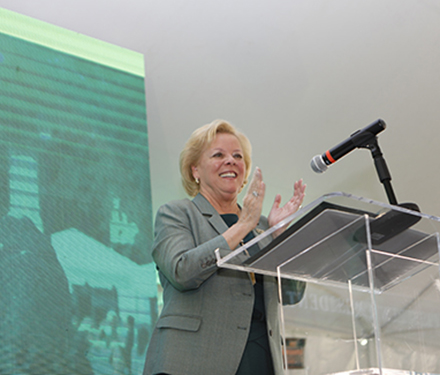 Major stories affecting all of USF in 2022 included:

For other top stories at USF during 2022, click here.