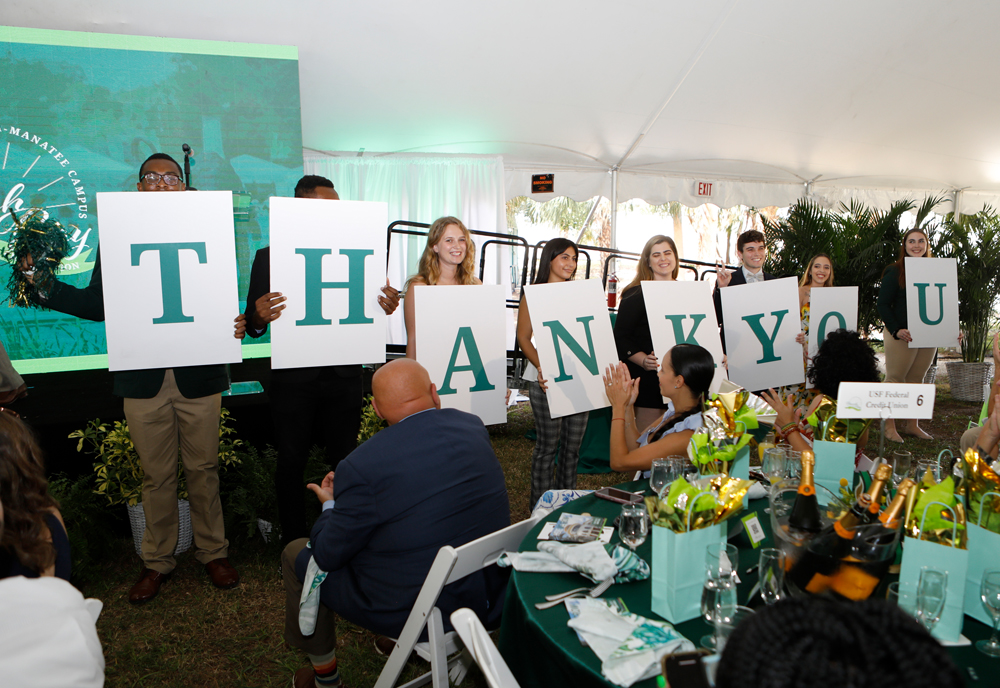 Brunch on the Bay raises $537,000 for Nursing/STEM building and student scholarships on USF Sarasota-Manatee campus

The 28th Annual Brunch on the Bay, the marquee benefit event for the University of South Florida’s Sarasota-Manatee campus, raised a record $537,000 — and counting — for construction of a new Nursing/STEM building and student scholarships.

A sold-out crowd, which included distinguished university and community leaders, enjoyed fine dining from local restaurants and catering companies, as USF officials on Sunday described plans to transform, both physically and academically, the Sarasota-Manatee campus and its place in the community. The total raised, up from a then-record of $500,000 in 2021, came from ticket sales, sponsorships and proceeds of a paddle raise during the event on the Sarasota-Manatee campus along Sarasota Bay. 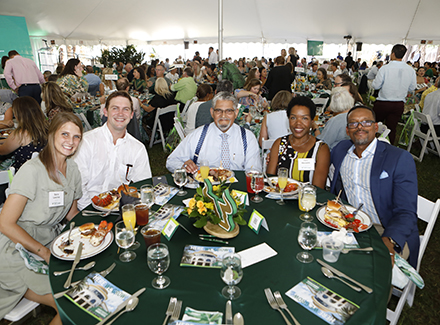 USF Federal Credit Union was the title sponsor for the 28th Annual Brunch on the Bay, an arrangement that has been expanded to a multi-year partnership.

"We are happy to be the Brunch on the Bay title sponsor,” said Richard J. Skaggs, president of USF Federal Credit Union. “It’s the credit union’s mission to give back to the community it serves.”

“Today marks 28 years of scholarship generosity and success for Brunch on the Bay at the University of South Florida Sarasota-Manatee campus,” the Jains said. “Since 1994, the event has demonstrated what is possible when a community and a university unite in support of higher education for future generations.”

Since its founding, Brunch on the Bay has supported more than $6 million in scholarships for more than 2,000 students. This year’s event will also support construction of a 75,000-square-foot, $62 million Nursing/STEM building, the first new major academic building on the campus since it opened in 2006.

Sarasota-Manatee Regional Chancellor Karen A. Holbrook told Brunch attendees the building will double the size of the campus’s nursing program and increase new majors in health disciplines, and include new biology and chemistry labs. It will also allow the Sarasota-Manatee campus to address the local demand for more nurses, business professionals, scientists and engineers, and support career preparation for emerging fields like artificial intelligence and data analytics. 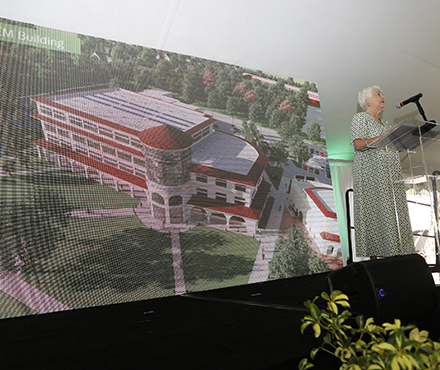 USF Sarasota-Manatee campus Regional Chancellor Karen A. Holbrook told Brunch on the Bay attendees the new Nursing/STEM building will double the size of the nursing program and allow for growth in other health-related fields.

“The USF Sarasota-Manatee campus has seen tremendous growth in our current facilities, and now we are capacity constrained in a growing marketplace that requires more graduates from the programs that are most relevant in today’s world,” Holbrook said. “Fortunately, we are on the verge of an incredible opportunity to increase capacity, bolster student success and contribute even more to our local talent pipelines.”

The Nursing/STEM building and a separate housing/student center complex that will break ground early next year will transform what it means to be a student or a member of the faculty and staff at the Sarasota-Manatee campus, Holbrook said.

“We will transition from a commuter campus to a residential environment, adding to the attractiveness of the region as an education destination and expanding opportunities to recruit students from across the region, state, nation and internationally. We will become a destination campus,” Holbrook said.

USF President Rhea Law told the crowd that community support is vital for the Nursing/STEM project, which is currently in the early stages of planning.

“We’re ready to ask you to be part of a bold and exciting journey — and we look forward to all we can accomplish together in leading the USF Sarasota-Manatee campus to even greater heights,” Law said. 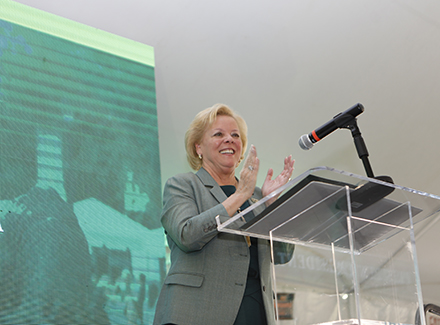 USF President Rhea Law said the Sarasota-Manatee's relationship with the community is its "superpower."

Law said Brunch on the Bay “mirrors the strength of community partnerships at the Sarasota-Manatee campus. The connection your campus community enjoys with the surrounding community is your superpower.”

“That strong bond allows you to recruit talented students and support them along the way,” Law said. “It means students have continually benefited from internships, mentor relationships and other career opportunities with area businesses.”

Some of the students who have benefited from the generosity of previous attendees were featured in a video that played during Sunday’s event.

Alison Frate, a pre-marketing student, shared her story of being a child of a single mother and helping pay the household’s bills, while being a college student.

“I really don’t think I would be able to go if it wasn’t for the amazing donors and scholarships I’ve been provided,” Frate said. “There’s something to be said about those who give back to others.”

Accelerated nursing students Kyle Alvarez Armbruster and Kathryn Williams said they were excited about the expanded facilities the Nursing/STEM building would provide.

“There is a need for nurses everywhere,” Alvarez Armbruster said. “Being able to have a new state-of-the-art facility … is quintessential to Sarasota and the Sarasota-Manatee campus.”

Williams said “the STEM building would be impactful in bringing students to the campus, giving them the top-of-the-line education, that USF provides.”