One aspires to become a doctor. Another wants to pursue a master’s degree in psychology to help children and families, while a third has her sights set on a career helping to advance sustainable practices. The three are set to graduate this weekend from the University of South Florida. They have something else in common, too: a love of the USF Sarasota-Manatee campus.

Here’s a snapshot of these three exceptional Fall 2021 USF graduates: 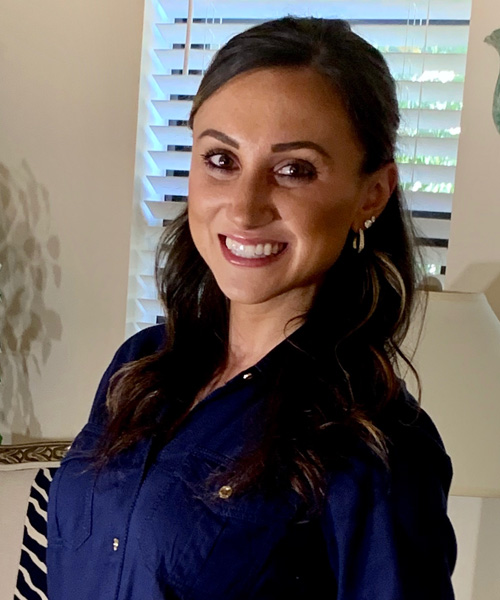 Gabrielle “Gabby” DeVita has excelled in academics since childhood, but the aspiring physician says it was a childhood tragedy that made her think about a career in medicine.

DeVita was 8 years old when her mother passed away from cancer. Though a youngster, herself, DeVita stepped in to help her father, an endodontist, and other siblings to care for one another, including a younger sister and an older brother with down syndrome.

Those early experiences would coax out her caring side while also prompting questions about the origin and treatment of various illnesses. Combined with a determination to push herself academically, DeVita excelled in school, especially when it came to science.

That same drive carried through to USF where DeVita studied biology on the USF Sarasota-Manatee campus. She’s on pace to graduate with a 4.0 Grade Point Average, having achieved perfect scores throughout her entire college career.

DeVita said she’s proud to attend USF and hopes to continue at USF Health after graduation to pursue a medical degree, although she might take a year off to study for the MCAT and gain more practical experience.

Currently, she works as a medical scribe at Sarasota Memorial Hospital, updating patient charts and histories and shadowing ER physicians. She said the experience is “exhilarating and fast-paced,” and it’s only confirmed her decision to become a doctor.

In fact, she says, she can’t imagine not becoming one.

“It’s all I’ve ever wanted to do,” DeVita said. “Growing up with a sibling with special needs, I’ve always been passionate about helping people and providing care and learning more. My whole life has been about helping others and studying. These experiences have definitely set me up for a career in medicine.”

She isn’t the only one in her family to choose a medical career. Her younger sister, currently an emergency medical technician, has expressed interest in becoming a nurse.

The only question now, says DeVita, is what area of medicine to study. Working with her brother has made her curious about pediatrics and children with special needs. But sometimes she wonders about family medicine as well. She isn’t worried, though. Medical school will help to narrow down her choices.

“I want to go where I can make the most difference,” DeVita said. “That’s my main criteria.” 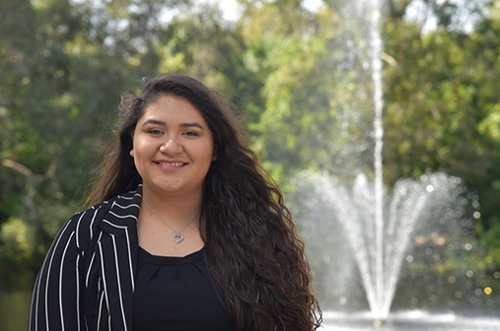 Psychology major Brittany Aburto resembles many other students at the USF Sarasota-Manatee campus in one key respect: She has a strong allegiance to the campus.

“I love this campus,” she said. “You can feel the sense of community when you come onto campus. It’s special here.”

Aburto, who will graduate this month with a 3.6 GPA, said she looks forward to the next chapter of her life, but she added she’ll miss the camaraderie of the USF Sarasota-Manatee campus along with the small class sizes that enabled her to know her professors.

Aburto grew up in Bradenton. She said a desire to stay close to home and study psychology led her to the campus.

“I wanted to understand how people think and why they make the decisions they do,” she said.

She also likes the idea of helping people, and that desire was on display throughout her time at USF. Although a top student, Aburto always found time to contribute to campus life.

In addition to serving on the campus’ Book Club and Box Office Bulls, which screens movies to students, Aburto is director of the Campus Activities Board, which organizes student activities around campus.

Recently, she played a leading role in organizing the campus’ Homecoming events and “Friendsgiving” celebration, which provided a catered lunch to students, staff and faculty ahead of Thanksgiving.

For now, Aburto is applying to graduate school at USF in the hope of obtaining a master’s degree in social work. After that, she wants to either focus on helping families and children or pursue a PhD to apply her skills in the classroom. Wherever she lands, she said, she’ll always have a special place in her heart for the USF Sarasota-Manatee campus.

“This is where I got my start,” she said. “The sense of community here is so strong, and it’s from everyone: students, staff and faculty. Everyone here has your back.” 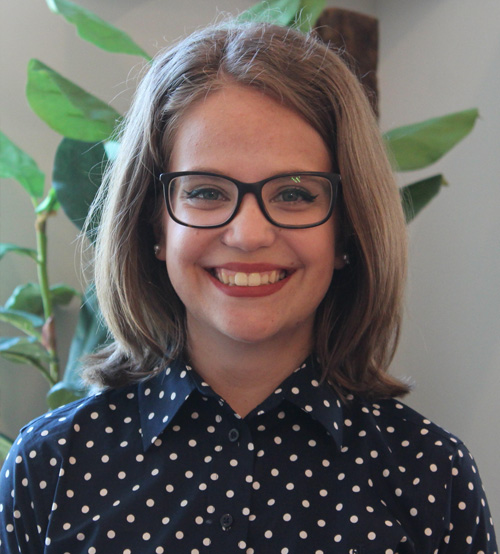 German-born Pauline Stein was an exchange student when she spent her junior year of high school with a family in Durand, Wisconsin, about an hour southeast of Minneapolis. She returned to the United States a couple of years later to attend college, and now she’s poised to graduate as one of the USF Sarasota-Manatee campus’ top students.

Stein, a biology major, will graduate with a 3.98 GPA, and already she has her sights set on a master’s degree.

Stein started college at the University of Wisconsin but transferred to USF to be closer to Sarasota, where her family vacationed. The move was fortuitous, as Stein ended up falling in love with the culture of USF’s Sarasota-Manatee campus and its smaller class sizes.

“I love the experience of being here on campus and how close I’ve been able to become with my classmates and professors,” she said. “I just really appreciate the connections I’ve made here.”

She says that knowing her professors and fellow students enabled her to communicate more freely in class and grow as a student. Now, she’s looking forward to the next chapter of her life, attending graduate school at the University of Wisconsin-Madison, where she’ll study life sciences communications.

She said her long-term goal is to work at a university or non-profit agency, conducting research and helping to explain policies that encourage sustainable practices. She hopes to work in the United States, but she may possibly return later to Germany. She grew up in Hamburg and her family is still there.

For now, she’s preparing for graduation and her move northward. She says she’ll miss USF and in particular the Sarasota-Manatee campus.

“I made a lot of friends here, and I felt like professors here were really great,” she said. “It felt like they really care about their students.”