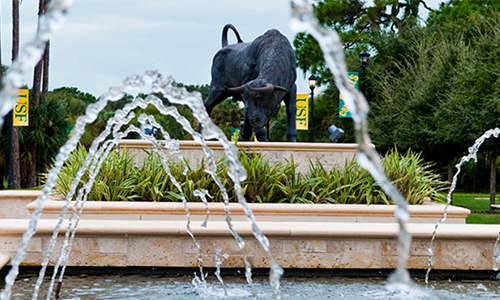 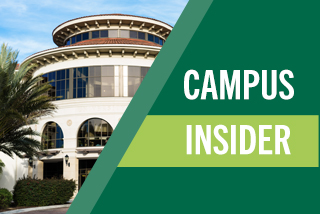 A University of South Florida education professor is helping women with cancer “reclaim their femininity” and think more critically about treatment options through a podcast series she created.

Helene Robinson, an instructor in the College of Education and affiliate faculty member in the Department of Women & Gender Studies, launched “Hugs from Heaven for Sister Warriors” last fall, saying she wanted to encourage women and explain her own experience with breast cancer.

The series includes interviews with medical professionals and a stress expert from USF and delves into Robinson’s struggle with the disease and lengthy recovery.

Diagnosed two years after joining the USF Sarasota-Manatee campus in 2013, Robinson underwent surgery and months of chemotherapy. However, her journey took a turn for the worse when she encountered a more vexing medical issue.

As she details in the podcasts, she began to experience a mysterious and painful condition seemingly related to her care. But doctors were unable to explain why, despite responding well to treatment, Robinson was feeling extreme fatigue, nerve pain, disrupted cognitive processing and breathing difficulty.

At one point, after struggling to breathe and ending up in an emergency room, she thought the cancer had migrated to her lungs, but tests came back negative. 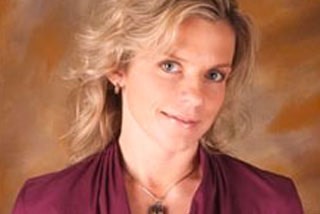 Putting her research skills to the test, the professor scoured websites and medical journals and reached out to breast cancer survivor groups.

Her search led her to explore autoimmune issues, in particular a unique test – a lymphocyte response assay cell culture test by ELISA/ACT Biotechnologies – that could detect delayed allergies to silicone and 18 other chemicals commonly found in implants.

She also learned, from a pulmonologist at the Cleveland Clinic, about a condition called silicone lung toxicity, a severe allergic reaction to silicone in any implanted medical device that causes an autoimmune reaction in the lungs. In Robinson’s case, the condition was triggered by her implants.

Reflecting on the experience, Robinson wondered how many more women with breast cancer have suffered or died as a result of silicone toxicity.

In addition, she discovered that many women are not fully informed of their breast reconstruction options and choose implants under the impression they have no other choices, caught between having to decide between physical health and their feminine identity.

Her experience led to Hugs from Heaven for Sister Warriors. The audio series features stories of recovery, interviews with doctors and scientists – including Lisa Penney, a stress expert and professor of management at USF – and words of encouragement from Robinson, who exhorts her listeners to “think critically.”

Robinson is the director of Incredi-Bull Critical Thinking, the campus’ critical-thinking program for students. She says that critical-thinking skills – data collection and analysis and the exploration of likely outcomes – helped her to develop well-reasoned conclusions and solutions to understand her illness and treatment options.

“I want to empower women,” Robinson explained. “I want them to understand what’s going on with their bodies and with their life and health overall. Above all, I want to help them think critically to make informed decisions.”

So far, she’s created seven podcasts, which are available at Apple Podcasts, Google Podcasts, Listen Notes, Spotify and other sites.

In addition to interviews with experts, the podcasts delve into what Robinson calls the “psychosocial aspects” of mastectomies and breast reconstruction.

She says that too often women feel disconnected from their femininity and unsure where to turn after a mastectomy or similarly invasive surgery. Through the podcasts, she urges women to explore these feelings, talk about them and seek out guidance and direction.

In one episode, “Compassionate Curiosity: Creating and Embracing Our Beauty,” Robinson examines the nature of beauty, looking at women’s struggle with beauty, how our culture defines beauty and the difference between being pretty and beautiful.

“It’s important for women to reclaim their sense of feminine identity and who we are as women,” she said.

“Experiencing something like this can be emotionally devastating, and often no one wants to speak up about it. Some people feel shameful talking about it,” she said. “But understanding what’s going on and talking about what’s going on can be empowering, and help women deal with their health and life overall. And that’s what these podcasts are all about.” 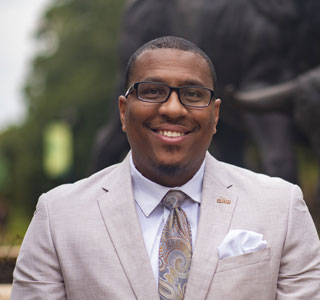 “When We Free the World,” is scheduled Wednesday, Feb. 24, from 4 to 6 p.m. The discussion, named for Powell’s book, is free and open to the public. Write to kevin.Powell@BGCMANATEE.ORG for a link to the discussion. Copies of the book are available at each of USF’s three libraries.

“Kevin Powell is a dynamic and powerful speaker,” said Corey Posey, diversity, equity and inclusion officer at the USF Sarasota-Manatee campus. “His message is especially timely given the incidents we’ve seen in the past year regarding social justice. It illustrates how community advocates can come together to promote a message of unity.”

Students can receive a Global Citizen Project credit by attending the discussion. Sponsors of the event include the USF Office of Diversity, the USF Sarasota-Manatee campus and Boys and Girls Clubs of Manatee County.

Powell’s book offers a surprising and blunt portrayal of America, yesterday and today, and what he hopes for its future through the window of his own painful personal trials as #MeToo, Black Lives Matter, mass shootings, immigration, a global pandemic and a presidential election rotate in the background.

At the conclusion of the discussion participants should be able to:

Powell’s writings have appeared at CNN.com and ESPN.com and in Esquire, Ebony, The Huffington Post, The Washington Post, Rolling Stone, The Guardian and Vibe Magazine, where he worked for many years as a senior writer. He is the author of 12 books.

The University of South Florida M3 Center for Innovation and Technology and Florida Restaurant & Lodging Association (FRLA) will present a virtual panel discussion, “Planning for the Future: How COVID-19 Will Alter the Food Safety Landscape.”

Joe Askren, an instructor in USF’s School of Hospitality and Tourism Management, will moderate the discussion.

The webinar is offered at no cost. Register by visiting m3center.org/foodsafetywebinar.