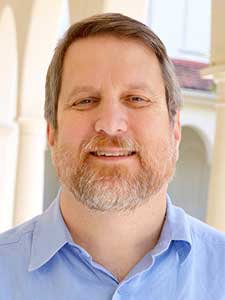 Terry A. Osborn, PhD is a professor of educational leadership.  He taught secondary German for six years in Georgia and Florida prior to entering higher education.  Dr. Osborn served twice as interim chancellor and as vice chancellor of Academic and Student Affairs at the University of South Florida Sarasota-Manatee campus. Dr. Osborn was previously dean of the College of Education and held administrative roles on the faculties of Fordham University, Queens College of City University of New York and the University of Connecticut.  As dean, he led in the formation of the USF Sarasota-Manatee campus' Center for Partnerships for Arts-Integrated Teaching (PAInT) and led the center to receive a legislatively mandated statewide mission.

He is an academic authority in applied linguistics and critical pedagogy.  Osborn researches and publishes in the areas of foreign/world language education, interdisciplinary education and critical pedagogy.  Osborn's research has received a number of awards, including the American Educational Studies Association's Critic's Choice Award for his book, Critical Reflection and the Foreign Language Classroom, published by Bergin & Garvey in Henry Giroux's series, Critical Studies in Education and Culture. Osborn was awarded the Stephen Freeman Award by NECTFL for the best published article on foreign language teaching techniques. His work on teaching world languages for social justice has likewise been described as seminal in the field.

He was a founding officer of the International Society for Language Studies and founding co-editor of Critical Inquiry in Language Studies: An International Journal currently published by Routledge.  He currently serves as Executive Director of the Florida Association of Colleges for Teacher Education. Dr. Osborn is editor of several academic book series in education and also served on the Professional Learning Committee and edTPA Task Force of the American Council on the Teaching of Foreign Languages.