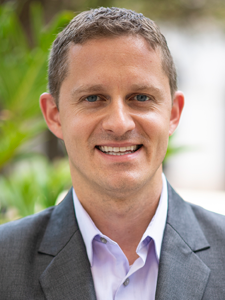 Brian Turnbull is an Assistant Professor of Instruction in the Department of Sociology with interdisciplinary interests in social change, political sociology, and qualitative methodology. He has conducted research on the use of gender quotas to improve representational equality in the global South. On Fulbright-funded fieldwork to India he gathered interviews from city councilors in Jaipur, Rajasthan. Based on his research, he is working on a book proposal entitled, "Evading Gender Quotas: Reservations and Proxies in India," which uses these interview narratives to assess the phenomenon of men who have sidelined and essentially proxied the women elected to gender-reserved seats and restricted the ability of the quota to establish substantive representation for women. Side-projects include discussions on the qualitative research challenges he encountered in his fieldwork in India, as well as quantitative examination of whether gender quotas encourage women candidates to compete outside of gender reservations. His work has appeared in Politics and Gender, and Qualitative Research.

Dr. Turnbull teaches comparative politics and American government within Interdisciplinary Social Sciences along with the ISS internship course. Key issues often discussed in his classes include democratic representation, gender and politics, South Asian politics, and ethnic conflict. He received his Ph.D. in political science with focuses in comparative politics and international relations from the University of Kansas. Prior, he received his M.A. in security studies from Georgetown University. Dr. Turnbull particularly enjoys preparing students for their careers and post-university work by encouraging the development of communication, collaboration, and critical thinking skills.