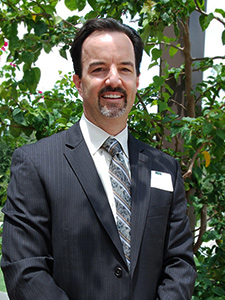 Dr. Joe Askren is an Instructor III at the School of Hospitality and Tourism Management at the University of South Florida Sarasota-Manatee campus. He teaches a variety of food and beverage courses and was one of the original creators of the Culinary Innovation Lab in Lakewood Ranch.  Joe was a former Chef Instructor at Le Cordon Bleu College of Culinary Arts from 2007-2012. While teaching at Le Cordon Bleu, he was voted Teacher of the Year twice in 2008 & 2011 by the school’s graduates. Chef Askren received his BS in the College of Business from the University of Florida and an MBA in Hospitality Management from Colorado Technical University. He is also a culinary graduate of Florida State College in Jacksonville, Florida, and holds his Certified Executive Chef level from the American Culinary Federation.  Dr. Askren received his Ph.D. in adult education from USF in 2017.  His dissertation was on experiential learning theory in the classroom.  The Journal of Hospitality & Tourism Education accepted an article from his dissertation in 2019.  Dr. Askren’s current research interests are connected to the brewing industry and restaurant operations.

His culinary and management experience has taken place in some of the finest hotels and restaurants in the United States. He started his professional career at one of the finest country clubs in the southeast. At Ponte Vedra Inn & Club, he worked under Chef Donald Pleau. After graduating from culinary school in Jacksonville, he moved out west to work for Chef Anton Brunbauer at the Hyatt Regency Resort & Spa in Scottsdale Arizona.

Chef Askren then became the Executive Chef at the Radisson Woodlands Hotel & Resort in Flagstaff. Here he ran one of the largest banquet facilities in Northern Arizona along with two successful restaurants; most notably, Sakura Restaurant, a James Beard Award winning teppanyaki/sushi bar.

Chef Askren then moved back to Scottsdale to work for Chef Anton Brunbauer again at the newly built AAA Four Diamond Westin Kierland Resort & Spa. Chef Askren was in charge of three outlets on property. Brittlebush Bar & Grill, for example, featured innovative, contemporary cuisine, and in 2006 was named one of the top lunch spots in Arizona by Arizona Life magazine.

In 2011, Chef Askren was the culinary creator of the Good Life Cuisine brand that has been instituted in BlueStar Resort & Golf properties in Washington, California, and Arizona. Good Life Cuisine concentrates on healthy, sustainable, and responsibly sourced ingredients. Dr. Askren is also a contributor to Dr. John Walker’s latest text: The Restaurant: from Concept to Operation 6th Ed, John Wiley & Sons. (2018).

Dr. Askren was part of the USF Global Study Abroad summer program in 2015 to Florence, where he assisted with a group of 200 students from the University of Florida and the University of South Florida.  His course titled International Food & Culture included trips to Modena, Parma, Siena, and Montepulciano.  His group also traveled to Bologna, Lucca, and Cinque Terra.

In the summer of 2019, Professor Askren designed a 4-week faculty-led program to Italy and France.  This program was a collaboration with USF Chemistry Professor, Dr. Ken Caswell.  The program titled "The History and Culture of Food & Beverage" took students to some of the most iconic food destinations in the world.  Two weeks were spent in beautiful Tuscany at an Italian advanced learning center in Volterra (SIAF).  Curriculum was specifically designed to help students understand and engage with regional ingredients and classic cooking techniques.  Understanding basic food science topics was also a learning objective. The final two weeks were spent in the gastronomic capital of Lyon, France.  Students studied at the famous Institute Paul Bocuse, and received hands-on learning experiences from professional chefs, sommeliers, cheese makers, and restaurateurs.