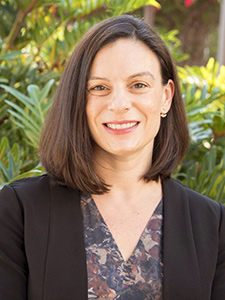 Her teaching interests are in the areas of social psychology, emotion, mental health, work and occupations, research methodology and statistics. Dr. Sloan’s research investigates the relationships among occupational and job characteristics, workplace status, the experience and expression of emotion in the workplace and psychological well-being. She has received grants from the National Science Foundation and the American Association of University Women to fund her research. Her published work appears in journals including Social Psychology Quarterly, Work and Occupations and Social Science and Medicine.

Sloan, M. M. (2014). The consequences of emotional labor for public sector workers and the mitigating role of self-efficacy. The American Review of Public Administration, 44(3), 274-290

Sloan, M. M. (2012). Unfair treatment in the workplace and worker well-being: The role of coworker support in a service work environment. Work and Occupations, 39(1), 3-34.