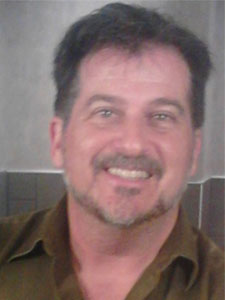 He has published a series of articles on, among other topics, classical scholarship in Fascist Italy, Latin epigraphy (the study of inscriptions), sport terminology in the ancient world, and women and Greek athletics. His first book, The Roman Collegia: The Modern Evolution of an Ancient Concept (Leiden, the Netherlands: Brill Academic Publishers, 2006), traces the intellectual development of a Roman institution from 1843 through the 20th century, and three further books (published by Oxford University Press) explore the impact of historical concepts on 20th- and 21st-century film culture.

Dr. Perry believes that teaching and scholarship complement each other—some of his most promising ideas have originated while teaching in a classroom—and he looks forward to collaborating with USF students and colleagues to generate more of these.​

The Roman Collegia: The Modern Evolution of an Ancient Concept, Brill Academic Publishers, Supplements to Mnemosyne 277, Leiden, The Netherlands: 2006. ISBN: 90-04-15080-3.