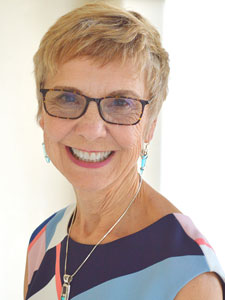 Dr. Jane A Rose, an Associate Professor in the Department of English, serves as the Director of USF Early University Programs. She is also the Ombuds officer for the Sarasota-Manatee campus.

Dr. Rose has served in a variety of academic administrative roles over the past twenty years. From 2006 to 2020, she led two colleges on the USF Sarasota-Manatee campus: first as Dean of Arts and Sciences and then as Dean of Liberal Arts and Social Sciences, which included the School of Education. As dean, she led development of numerous programs that have shaped the life of the Sarasota-Manatee campus. She established the campus’ first honors program, designed its distinctive general education curriculum, began its co-curricular student research symposium, and created an interdisciplinary study-abroad program. She also led development of new majors for the Sarasota-Manatee campus, such as its popular undergraduate degrees in Biology and its Professional/Technical Communication.

Prior to joining USF, she served as Assistant to the Vice President for Academic Affairs; Interim Chair of the Department of English, Speech, and Journalism; and Director of Women’s Studies at Georgia College & State University.

As a member of the English faculty, Dr. Rose has taught a wide variety of courses in American literature covering all periods and genres. With a focus on expanding the canon, she has developed and taught courses on women and ethnic minority writers, as well as interdisciplinary courses that cross-listed with women’s studies and humanities. Among the topics courses that she teaches is one that examines the corpus of Nobel laureate Toni Morrison. She has been very involved in curricular revision to bring best practices to general education and liberal-arts education.

Her scholarship is in the area of feminist theory and criticism, with publications focused on the critical recovery of nineteenth-century women writers. She has published a book on early American realist Rebecca Harding Davis. Her current project is reassessment novelist Mary Johnston as a progressive feminist through a scholarly edited reprint of her little-known volume The Wanderers.

A globe-trotter at heart, another passion for Dr. Rose is internationalizing the curriculum. She has taught and lectured in China, Japan, India, and the Czech Republic. For several summers she led students in study abroad in Italy. She also led development of a cultural immersion study-abroad program for USF students in Mexico. Recently, a Japanese studies fellowship enabled her to begin development of a course on Japanese culture through fiction and film.