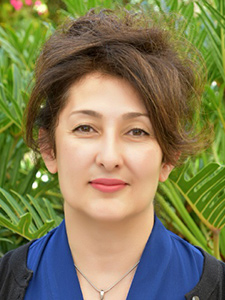 Dr. Giti Javidi received her BS from University of Central Oklahoma and MS and PhD from University of South Florida in Tampa. Prior to joining academia as a faculty member, she worked in industry for several years, including at IBM as a software engineer. Dr. Javidi has more than 18 years of experience in teaching, research, industry and consulting services. She joined the USF Sarasota-Manatee campus' IT program in fall 2016 from Virginia State University (VSU) where she held the position of Professor of Computer Science. While at VSU, she played a pivotal role in developing and advancing the Computer Science program. Also, as the ABET lead, she was responsible for leading the team in obtaining accreditation for the program in 2007 and 2013. She also provided IT training and consulting services to worldwide customers through her consulting company, Novus Kinesis.

Dr. Javidi’s research cuts across several disciplines within computer science, information technology, and education. Her research interests include human-computer interaction, user interface design, information visualization, and educational data mining. A unifying theme of her research is the focus on computer science and IT education. As a leader in STEM education research, she has received several prestigious awards. She was awarded the 2017 Women of Influence and 2018 Women in Leadership and Philanthropy award for her research. Dr. Javidi has been featured in Sarasota Herald-Tribune, Sarasota Magazine, Florida High Tech Corridor and several other venues. Her scholarly research has been published in peer-reviewed national and international journals and she has presented at several conferences and summits as an invited speaker.

A long-time advocate for increasing participation and retention of women and marginalized population in STEM fields, Dr. Javidi has worked tirelessly on a number of projects in this domain over the past many years. In the recent years, she has been conducting research on exploring gender bias in IT and its impact on retention and recruitment in the field. She has been a longtime supporter of National Center for Women & Information Technology (NCWIT) and its mission, having spearheaded the establishment of an Academic Affiliation between NCWIT and VSU and most recently, the USF Sarasota-Manatee campus. At the local and national level, she has collaborated with several organizations in their efforts to develop methods and strategies for increasing diversity in STEM.

Dr. Javidi has been the recipient of a number of NSF, NASA, Google and Microsoft grants. She has also been a long time member of ACM and IEEE among a number other national and international organizations.