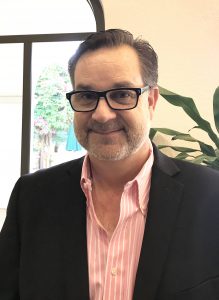 Dr. Adam Carmer is an Instructor in the School of Hospitality & Tourism Management. He received an MS Degree in Hotel Administration from UNLV and an Ed.D. from American College of Education.

Knighted in 2014 in Belgium for his body of work focusing on education, Dr. Carmer thereby earned the title of Sir. Adam was honored as the 2013 teacher of the year in the William F. Harrah College of Hotel Administration at UNLV where he has spent the last 20 years building students knowledge, specifically in the area of alcoholic beverages. In the mid 1990’s Adam became Steve Wynn’s first Hotel Sommelier and Director of Restaurants. Looking to add value to Las Vegas and the world he followed his entrepreneurial conscience and opened his own food and beverage establishments. After establishing the first craft beer bar in Las Vegas in 2002 with the Freakin Frog, Sir Adam went on to open the first Whisky only bar in the USA, The Whisky Attic. While operating these venues and continuing his research in alcoholic beverages he developed a number of philosophies and systems. In 2008, Sir Adam Carmer developed a new method of tasting alcoholic beverages. This new discovery of a more advanced hierarchy of sensory perception led to classes, seminars, speeches and a loyal following of people using this new technique. Officially named the Carmer Spirits Tasting Enhancement Method it more commonly goes by the moniker of CSTEM.